At the heart of the free training, is the goal to equip people in communities to recognise and support those at risk of suicide to get the help they need.

The national training programme, funded by the Ministry of Health, represents a new, localised approach in suicide prevention, unique to Aotearoa New Zealand.

“Leading a team with lived experience of the long-lasting effects suicide has on families and communities, gives me a deep sense of anticipation for LifeKeepers,” said Le Va Chief Executive, Dr Monique Faleafa.

“The calls for an accessible new approach to suicide prevention through a training programme like LifeKeepers have been loud and clear from all corners of New Zealand.

“We know that suicide is preventable and we also know that it will take strong, connected communities of care to tackle our concerning suicide rate and save lives, and this is where LifeKeepers fits in.

“But we also know that one organisation or programme can’t prevent suicide on its own -  we can make an important contribution, and we’re going to need the support of other organisations, communities and individuals.

The LifeKeepers programme has been primarily designed for people who are likely to interact with those at risk of suicide. This includes people working in community or frontline roles such as support workers, sports coaches, emergency service personnel, church leaders, school counsellors, youth workers, Māori wardens, caregivers, Kaumatua and community leaders.

People can register to attend a training workshop at www.lifekeepers.nz. Some of the unique LifeKeepers offerings are the options to choose face-to-face workshops, e-learning modules, and workshops specifically tailored to the needs of Māori communities.

The development of LifeKeepers has included input from clinicians, people with lived experience of attempting suicide, people who have lost loved ones to suicide, academics in the field of suicide prevention, community leaders and cultural knowledge holders.

Many of these people were present at today’s LifeKeepers launch, that also included an inaugural National LifeKeepers Awards for Suicide Prevention.  The awards, sponsored by suicide prevention organisation Clinical Advisory Services Aotearoa (CASA), celebrated individuals making a significant contribution to preventing suicide in their local community.  The recipient of the supreme award was Zack Makoare for his work as director of Te Taitimu Trust, helping to prevent suicide in the Hawke’s Bay region. 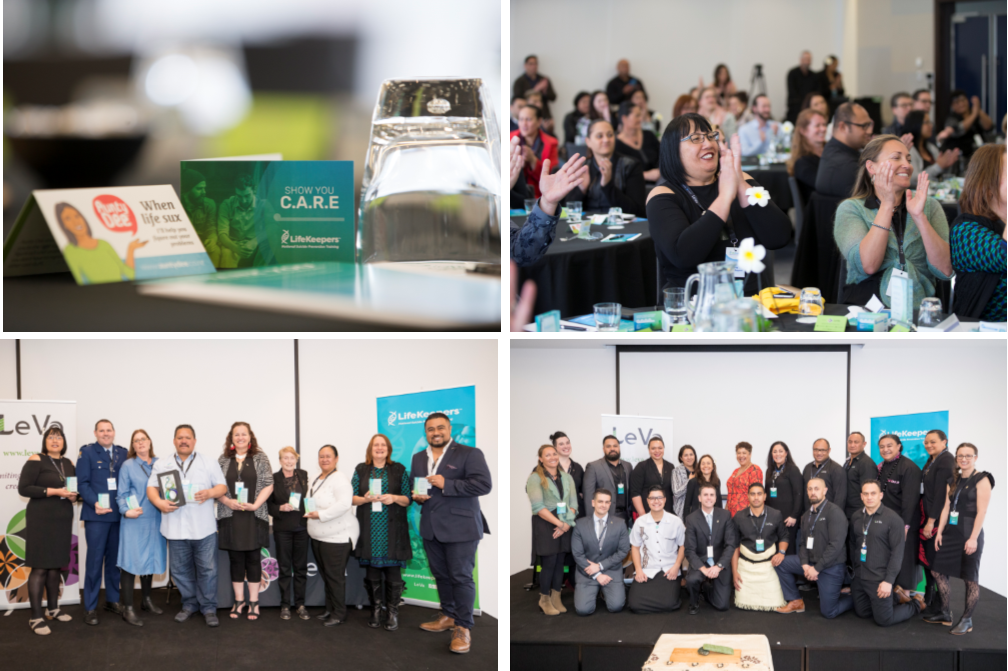