Courage to show you care

Having lost his job, the family home and his 15-year-old son - Kelly - by suicide in 2000, Zack Makoare spent the following seven years agonising as to why. It was to be the start of a journey to deal with his anger and grief. Zack set up the Te Taitimu Trust in his hometown of Hastings in the Hawke’s Bay to support vulnerable youth. Zack received the Inaugural LifeKeepers Supreme Award for Suicide Prevention at the LifeKeepers launch hosted by Le Va in September. Zack shares his story with Innes Logan from Spasifik magazine.

Zack Makaore grew up thinking he was “the man”. A member of the renowned Te Aute College First XV rugby side at school, a good job at the local school, married to a loving and patient wife – Georgina - and raising a family he was proud of; what more could he want?

Then it all began to unravel. Zack (Ngati Porou and Ngati Kahungunu) lost his job for speaking out. Being at home and unemployed created tension, anger and, he admits, violence.

They had high hopes for their children, particularly their son Kelly. But Kelly’s suicide left Zack and his family in despair.

“Kelly was the last child I thought would do that,” Zack recalls.

“I thought he could talk to us, so when it happened, I was angry. Then I wondered if I was to blame. That feeling would last for years.”

The realisation came that Zack needed to forgive himself, forgive his son, and move on with life. His change in mindset made him aware that many in the community around him faced similar struggles.

“We realised we could engage and help other people deal with their grief and pain, just as we had to,” he says.

He set up the Te Taitimu Trust, and in 2007 it held its first camp.

Zack took inspiration from Professor Sir Mason Durie’s work with Maori communities by reconnecting youth and families with the sea.

“As a youngster I always remember going to beach, and I loved it,” Zack recalls.

“Then, for whatever reason, we just stopped going. But going back to the sea as part of our Trust, to camp, swim, and fish, was great therapy. It reconnected us back to Tangaroa, our God of the Sea, and the life it gives. Waka Hourua (the suicide prevention programmes for Māori and Pacific communities led by Te Rau Matatini and Le Va) really works for us, and it’s great to have that Pacific connection with Le Va, who offer another perspective and have done some excellent things that help.”

It also gave participants confidence and greater resilience through shared leadership, whether it’s through triumph or adversity.

“Our camps and wananga are about supporting our young ones and families together in our journey by utilising water as the therapy, and learning not only how to get from one island to another, but how to get back. It builds leadership.”

Leadership is needed more than ever with suicide rates in the Hawke’s Bay considerably higher than the national average. Overall, the regions and smaller towns and cities in New Zealand continue to suffer from suicide rates higher compared to larger cities.

In the National Coroners’ Report released in 2015, Zack’s home town of Hastings recorded a suicide rate of one for every 4400 residents, compared to one in every 8500 in Auckland. For Zack, it confirms how under-resourced the Hawke’s Bay region is.

“A lot of organisations in the Bay are trying their best, but the lack of resources means a lot of the families I deal with can’t get into the services they need fast enough,” he says.

“We must and can make a difference. We saw that when the government prioritised bringing the road toll down. We need the same priority given towards suicide.”

Zack tearfully attributed the LifeKeepers Award to his whanau and those who work with him at Te Taitimu Trust. This includes his wife Georgina, who struggled with the stigma associated with suicide, which for a long time prevented her from returning to
work.

“LifeKeepers is a good name. It builds leadership, so we can help each other stay alive, just like we do in the waka. If I fall off, someone will try to save me and help me back in. That’s courage. That’s what we need more of.” 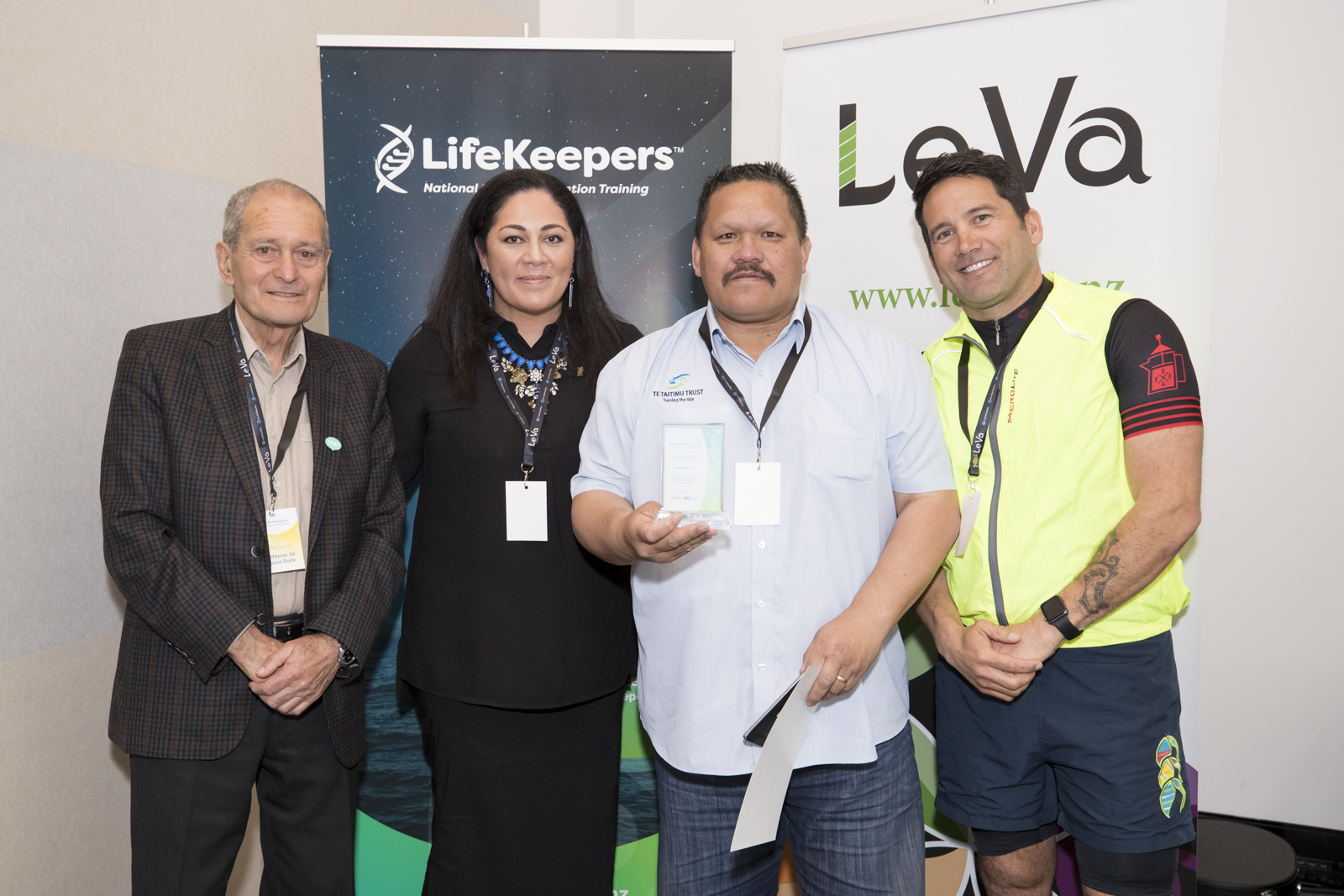