The annual LifeKeepers Awards are centred around recognising the often heroic but unacknowledged commitment of individuals and organisations who persevere with efforts and work that makes a vital contribution to suicide prevention; these are ordinary people doing extra-ordinary things – creating communities of C.A.R.E to prevent suicide.

We are honoured to share with you the 10 recipients of the 2021 LifeKeepers Awards for contributions to suicide prevention, alongside two special acknowledgements for professionals who have made incredible contributions in their roles. 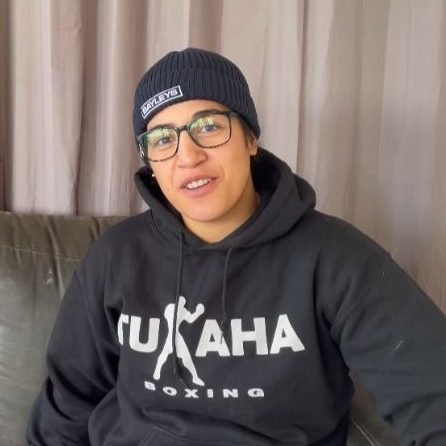 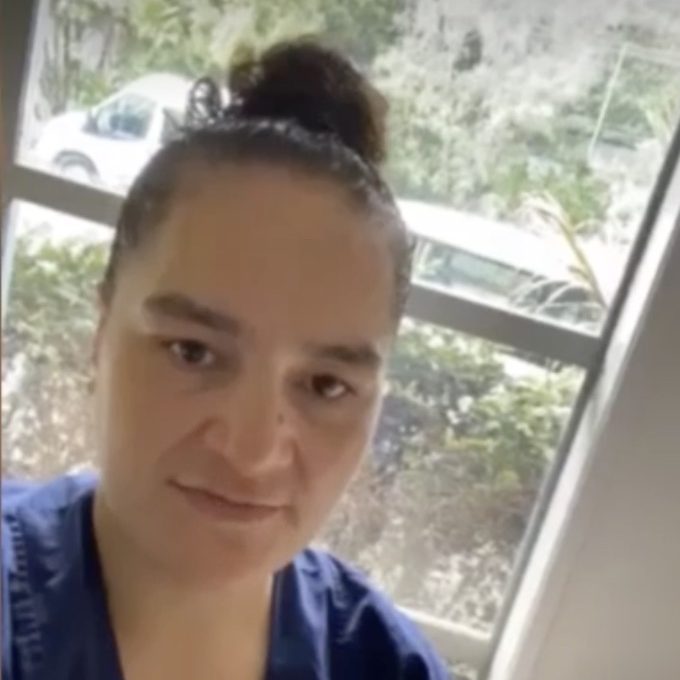 Te Arani and Caroline are two sisters that care deeply for each other, their whānau and whānau whanui. They are also both experienced and highly respected Mental Health Nurses, who lead from a cultural frame backed by clinical expertise.

Their initiative Tu Kaha ki te Ao is a whānau based kaupapa, driven by values of whanaungatanga, whenua, and wairua. They support whānau and hapu-led initiatives in the Pipiwai Valley, and have held suicide prevention wānanga, with attendees travelling from as far as Tauranga. These wānanga support people to develop life skills, goal setting and resilience, through te ao Māori and indigenous practices.

Wānanga encompass the protection of whakapapa, connection to ngā mea māori, traditional techniques such as preparing hīnaki (eel pot) using harakeke, putting hīnaki down catching and preparation of tuna. The team also provide a wānanga based childcare service, removing barriers to allow parents and caregivers to take part in wānanga.

Te Arani and Caroline are being acknowledged for their dedication to strengthening whānau to preserve whakapapa. 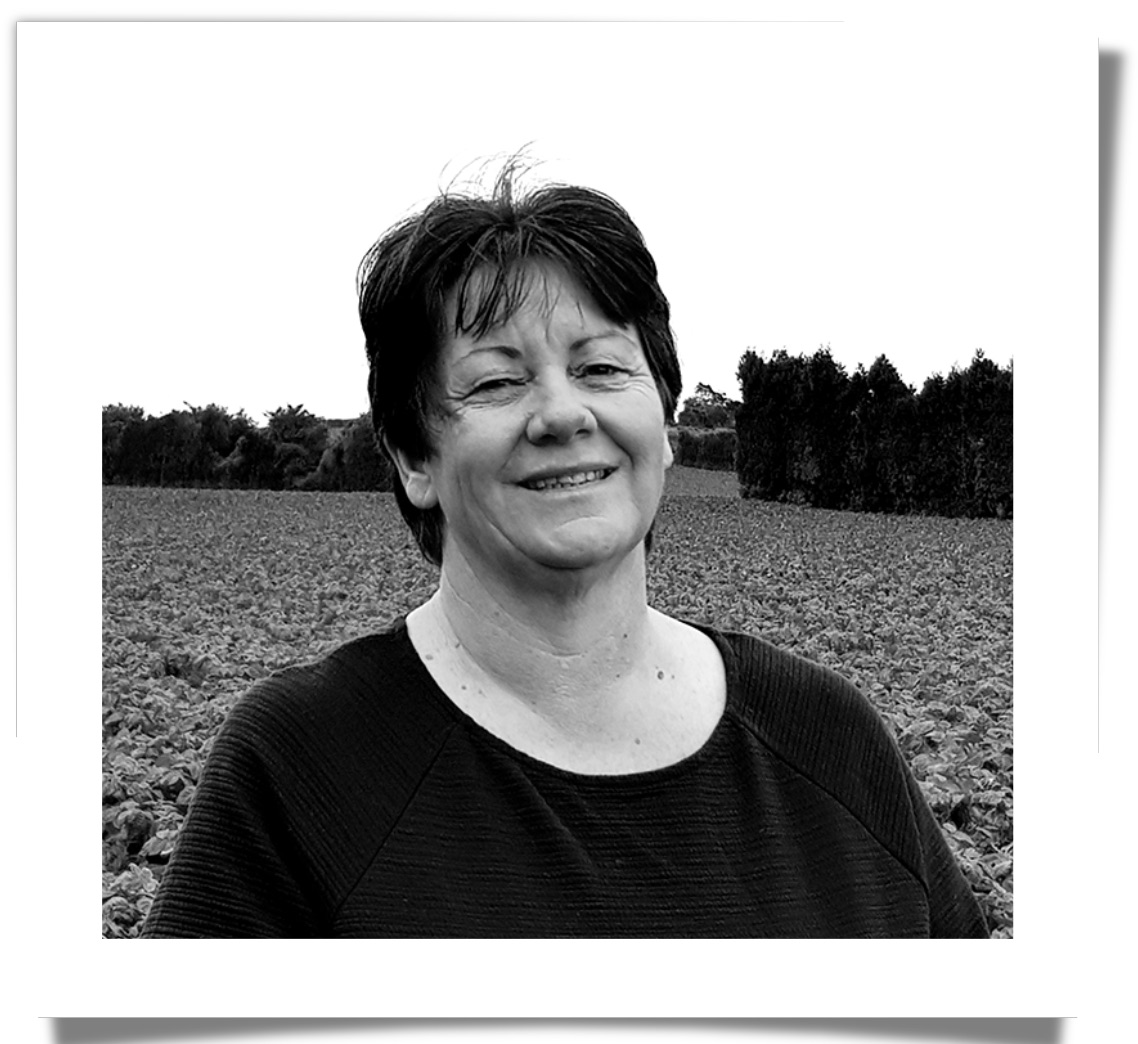 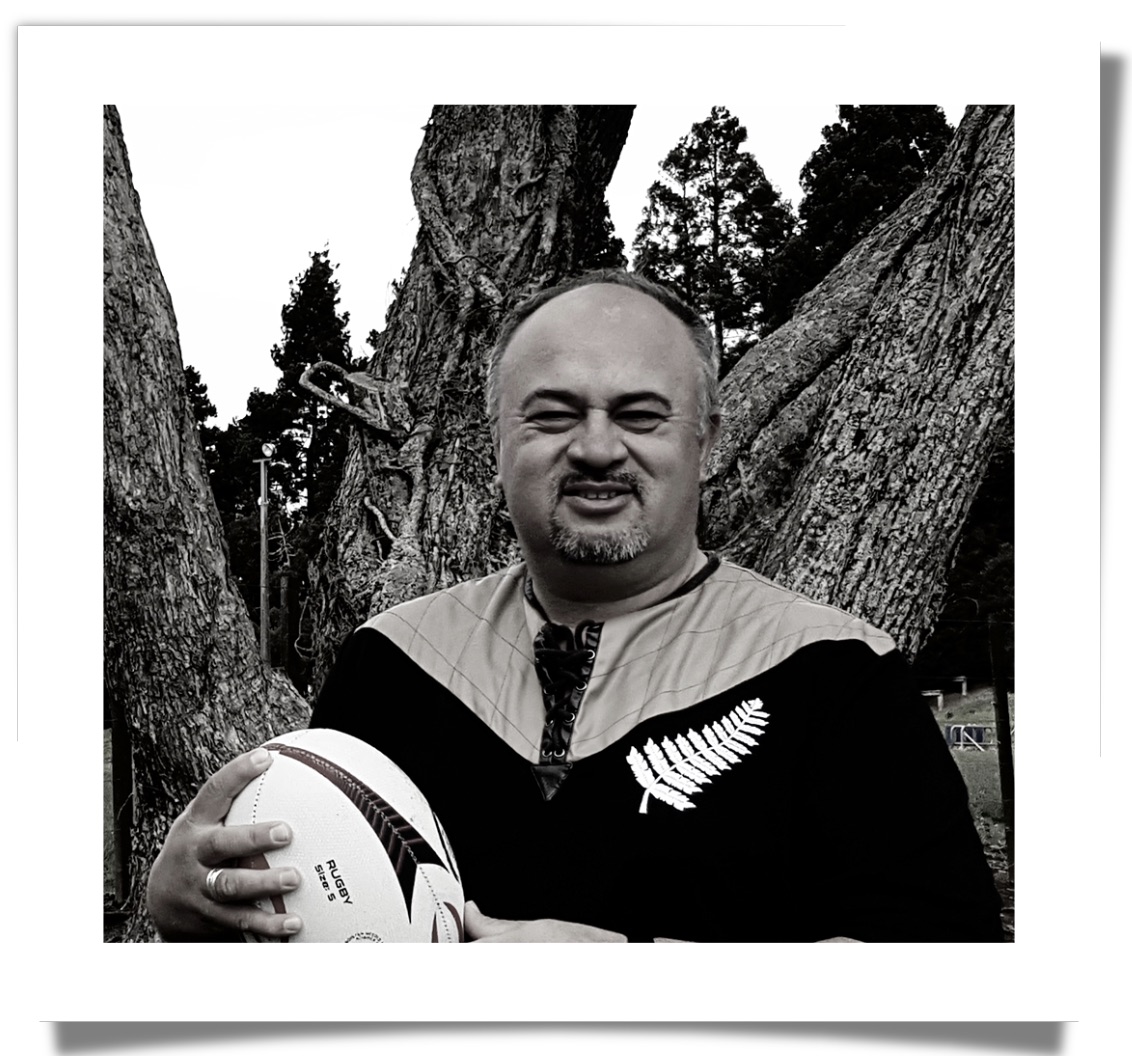 Beyond their work with Ember, they are a driving force in their community, advocating for individuals and whānau. They are particularly connected to the local rugby community, as Dallas mentors rangatahi Māori, using rugby as the vehicle to guide them.

Over the past year, recognising a need for support for the local rugby community, Toni-Anne and Dallas have connected with local rugby clubs, providing a safe space for people to kōrero, whether that be on the rugby field, in the club rooms, or in the car park. They have partnered with local rugby clubs to equip them with the skills to support staff and players, and this work has now started to extend out into other parts of the community, such as farmers.

Toni-Anne and Dallas are being recognised for their compassion, empathy, time and overtime, to support a community that has experienced significant grief and loss in the past year. They are locals supporting locals, innovators for change, prevention, and intervention. 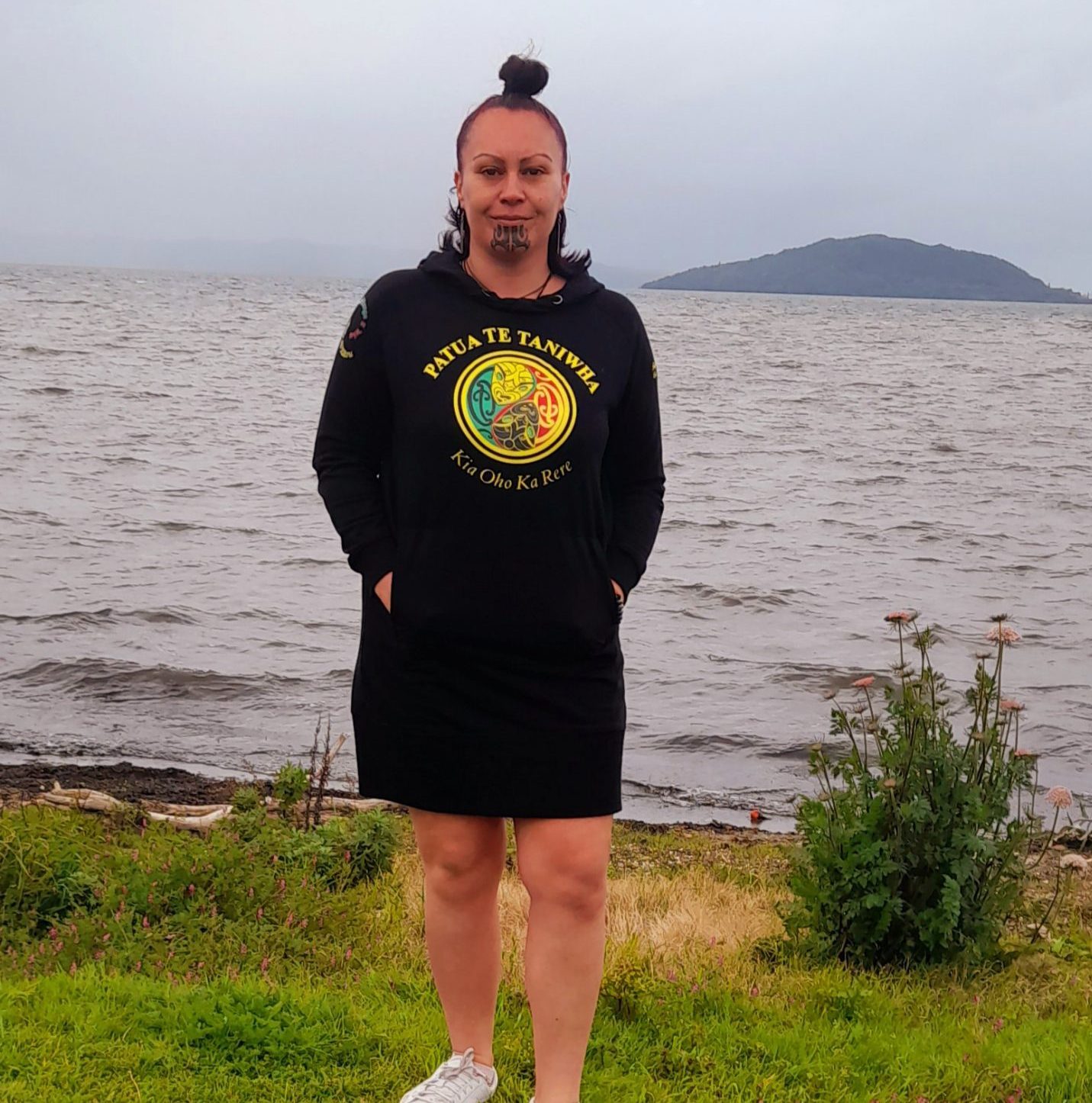 Mataku-Ariki de Roo is one of the founders and chair of Patua te Taniwha Charitable Trust, a kaupapa Māori rōpū in Rotorua, who organise community events focused on suicide prevention in the Kawerau, Rotorua and Murupara regions.

These events include Ride For Life, motorcycle rides to honour and support those who have lost someone to suicide, regular drop-in support groups and walks – including spaces specifically for rangatahi, and Waiata in the Pa, a large local event with music and kai bringing the community together to connect with each other and with local support services.

The Trust are a collective who have been affected by suicide themselves and are driven by hope and a love for their community. They seek to encourage whānau to lean on each other, kōrero, reach out, and break the silence around suicide.

Mataku is being acknowledged for her relentless work, funding and organising these events, and going above and beyond to support whānau who have lost loved ones to suicide. 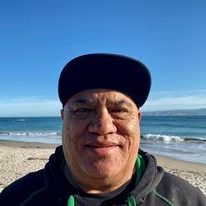 Tuta Ngarimu on behalf of Nati4Life

Nati4Life is a whānau Trust who came together in response to whanau being lost to suicide, so that others didn’t have to go through the same mamae (at all or at the very least, alone).

Each year, Nati4Life host Lean On Me, a concert that brings people together for good music, kai, but also healing – people who have lost whānau kōrero on their journey from grief to a better space. Local services also attend the concerts to connect people in with support.

Beyond the mahi that people see, Nati4Life also work behind the scenes to help whānau fundraise, to ensure the voices of all whānau and community are included, and to support other local organisations in this kaupapa. 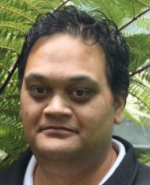 Stacy is of Kāi Tahu, Ngāti Kahungunu and Ngāti Tūwharetoa descent. He works closely with whānau who are bereaved by suicide, taking the time to truly connect with whānau and find out what they need. Stacy’s approach ensures the whānau are receiving the support they need when they need it from someone who genuinely cares.

Stacy has founded his own charitable Trust Ko Wai Tou Ingoa Hauora, where he brings his years of experience in hauora and of caring for his community to provide a number of services for rangatahi (young people), kāhui pakeke (older people), and whānau.

Stacy goes above and beyond to support his community. He provides food parcels, invites bereaved whānau to community dinners, supports rangatahi, and takes kaumātua on outings to rejuvenate their wairua.

Stacy has been nominated as a silent humble hero, who when asked what he does, would simply answer “I talk with people”. 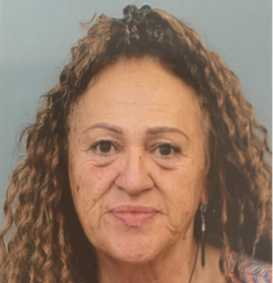 Carole has also been involved with the Suicide Prevention & Postvention Governance Group for Capital & Coast, Hutt Valley & Wairarapa DHBs for many years and through many changes.

Over this time, Carole has been a strong voice for Māori and for rangatahi. She is passionate about reducing inequalities and improving outcomes for Tāngata Motuhake and their whānau. Carole has been at the coal face of supporting people in suicidal distress and beyond. She is seen as a taonga in her community and has made a measurable difference to people that have often been marginalised.

Carole is being acknowledged for her years of dedication to the kaupapa of suicide prevention, Walking the Walk and advocating for Māori and rangatahi so less lives are lost to suicide. 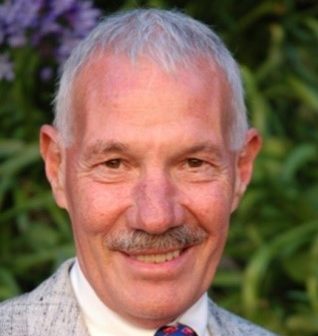 Peter brings together both professional expertise and lived experience to help others on their journeys to recovery – working directly with tangata whaiora and supporting others to value and honour the sharing and use of lived experience to empower and strengthen.

Peter has extensive experience of governance, management, policy development, advisory and voluntary roles in Government and community organisations. He also has lived experience of both mental distress, addiction and as a survivor of suicide attempts, and of related recovery journeys.

Peter has set up and led consumer organisations to gain greater participation and influence in strategic and service development at national, local and service levels. He is also a member of several governance groups within the DHB, working to ensure the voice of lived experience is heard.

Peter is being specifically acknowledged for the difference he has made within governance groups. Peter has elevated the voice and needs of people affected by suicide, helping to shift thinking from a focus on a medical framework towards supporting and empowering communities to support their members and design/deliver their own solutions. 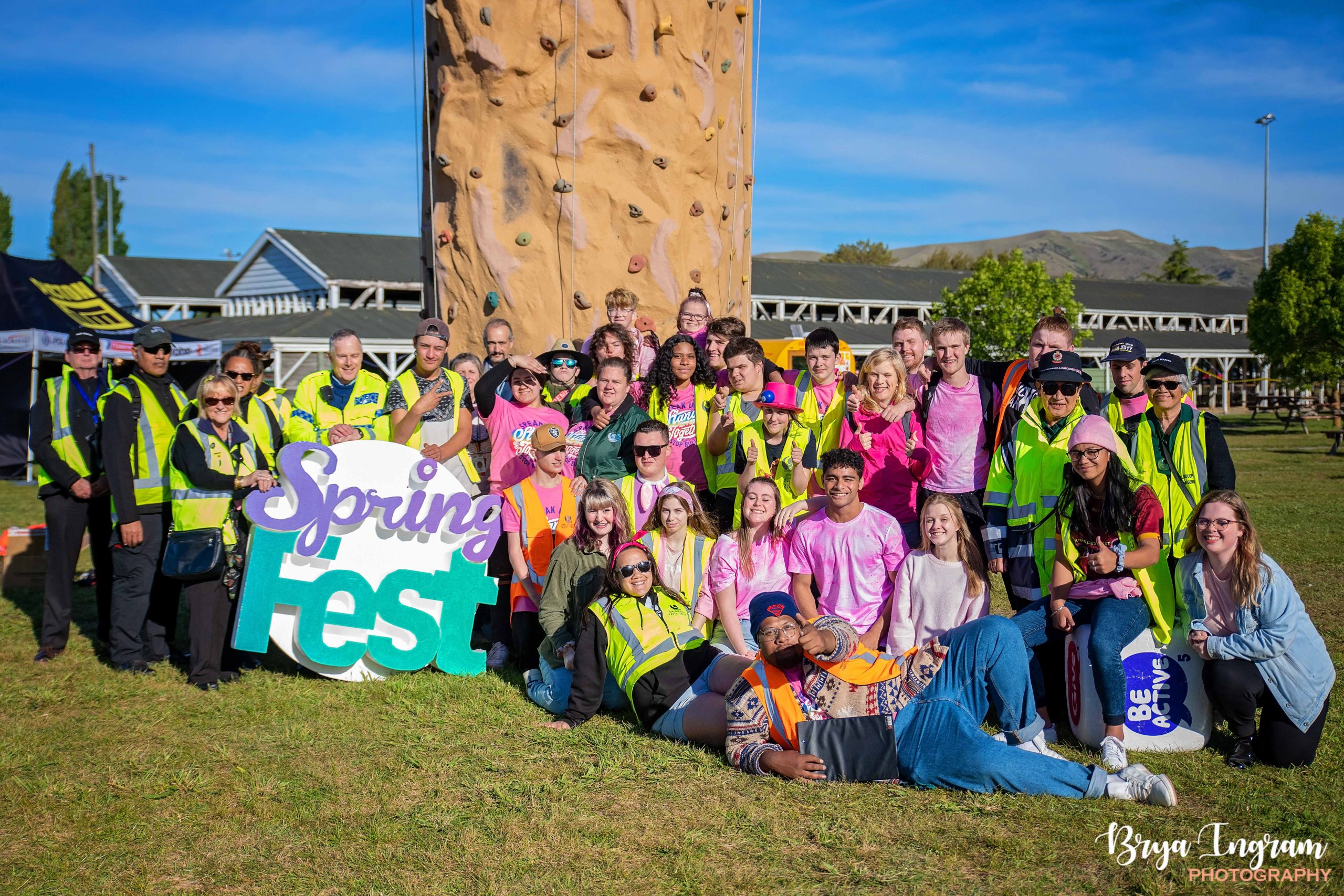 The team know that building trust makes a huge difference to young people, and that small moments can mean a lot. Whether it be a young person in an unsafe situation coming to the team for help, to providing a space for people to rest, eat and recharge, to seeing the change as youth start to let their guard down and open up to them.

The team have played a critical role in giving a voice to youth in Marlborough through organising several youth hui. The team also work alongside young people who have been impacted by suicide, to keep them safe.

The Marlborough Youth Trust are being acknowledged for having gone above and beyond to make sure young people are safe and well cared-for.

When it comes to preventing suicide, the Marlborough Youth Trust team recognise that it takes a village – drawing in different support services and working together as a community to keep young people safe. 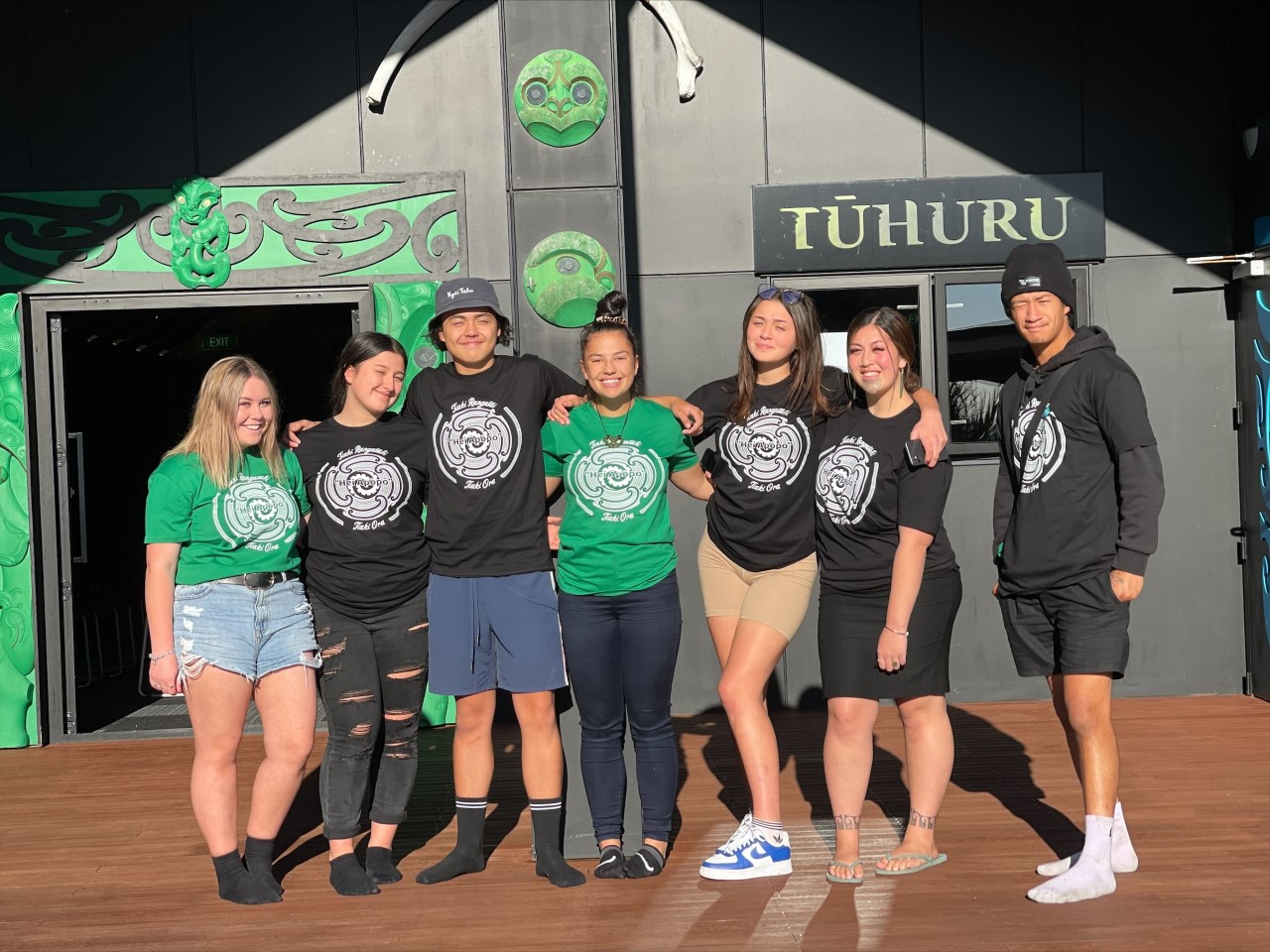 The Ngati Waewae Rangatahi Komiti are a rōpū based on the West Coast of Aotearoa. The group held a wānanga at Arahura Marae in April – Tiaki Rangatahi Tiaki Ora. The wānanga was designed to provide positive ways to build wellness through various activities while supporting whānau to reconnect to where they are from.

The Kaupapa was suicide prevention, with a strong focus on wellness and underpinned by Te Whare Tapa Whā and Mātauranga Māori and how these aspects foster wellness, connectedness and build resilience. Emphasis was placed on the value of networks, social supports, healthy relationships and cultural identity to promote a strong sense of identity, improve support and maintain wellness.

Ngati Waewae Rangatahi Komiti are being acknowledged for showing strong community leadership when it comes to Suicide Prevention, in particular for the Māori community on Te Tai Poutini. They are committed to continue the mahi in this Kaupapa with the support for their whānau, iwi and community. 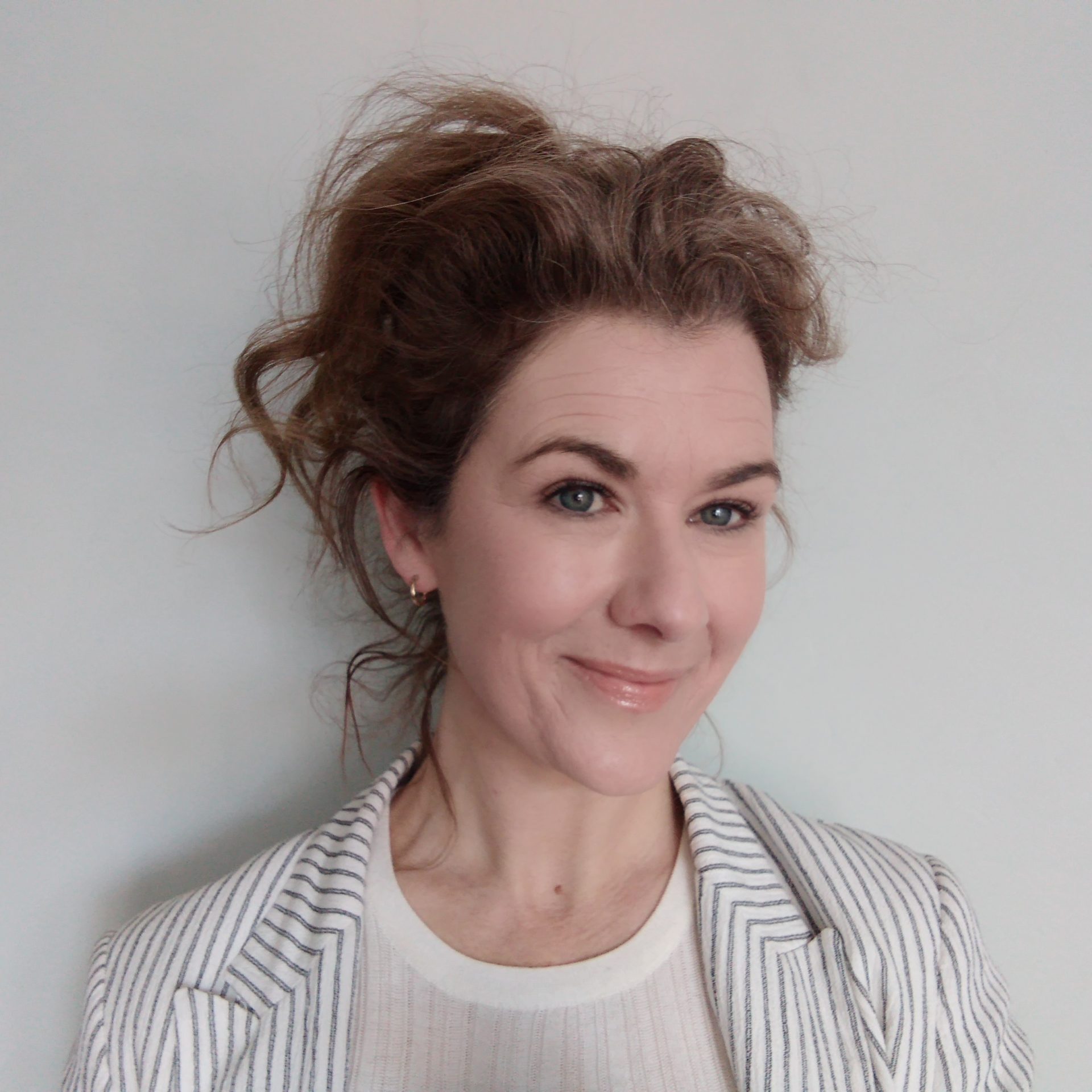 Jodie Mitchell holds three important roles. She is a proud mother of two, she works at Comcol Otago, Dunedin’s community college, and also holds the voluntary role of Chairperson of the Dunedin Postvention Suicide Community Group.

Her role at Comcol involves providing support to young people who for one reason or another are no longer able to engage in school. Jodie spends a lot of her time ensuring that these young people are able to actively and happily engage back within the community.

Jodie has been nominated for a 2021 LifeKeepers Award to acknowledge her commitment to supporting her community, particularly young people, showing them that they matter and are valued. 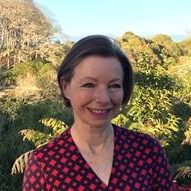 Clare comes from Scotland although New Zealand is now home and has a background in social sciences. The Waikato is a large region with its urban centre, regional towns and vast rural, often isolated, areas. Being able to effectively support diverse communities impacted by suicide requires strong relationships, kindness and passion.

Clare is being acknowledged for her years of hard work going above and beyond to support the Waikato community. 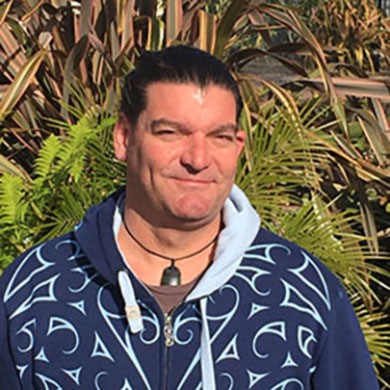 Roger Shave is a clinical psychologist who has spent the last twelve years serving communities impacted by suicide. He played a key role in the establishment of the first regional suicide postvention response group; led the project to develop and implement the Coronial Suspected Suicide Data Sharing Service (CDS); and has developed numerous suicide prevention tools and resources - including being part of the expert advisory group to develop Le Va's LifeKeepers training programme and the LifeKeepers Awards themselves.